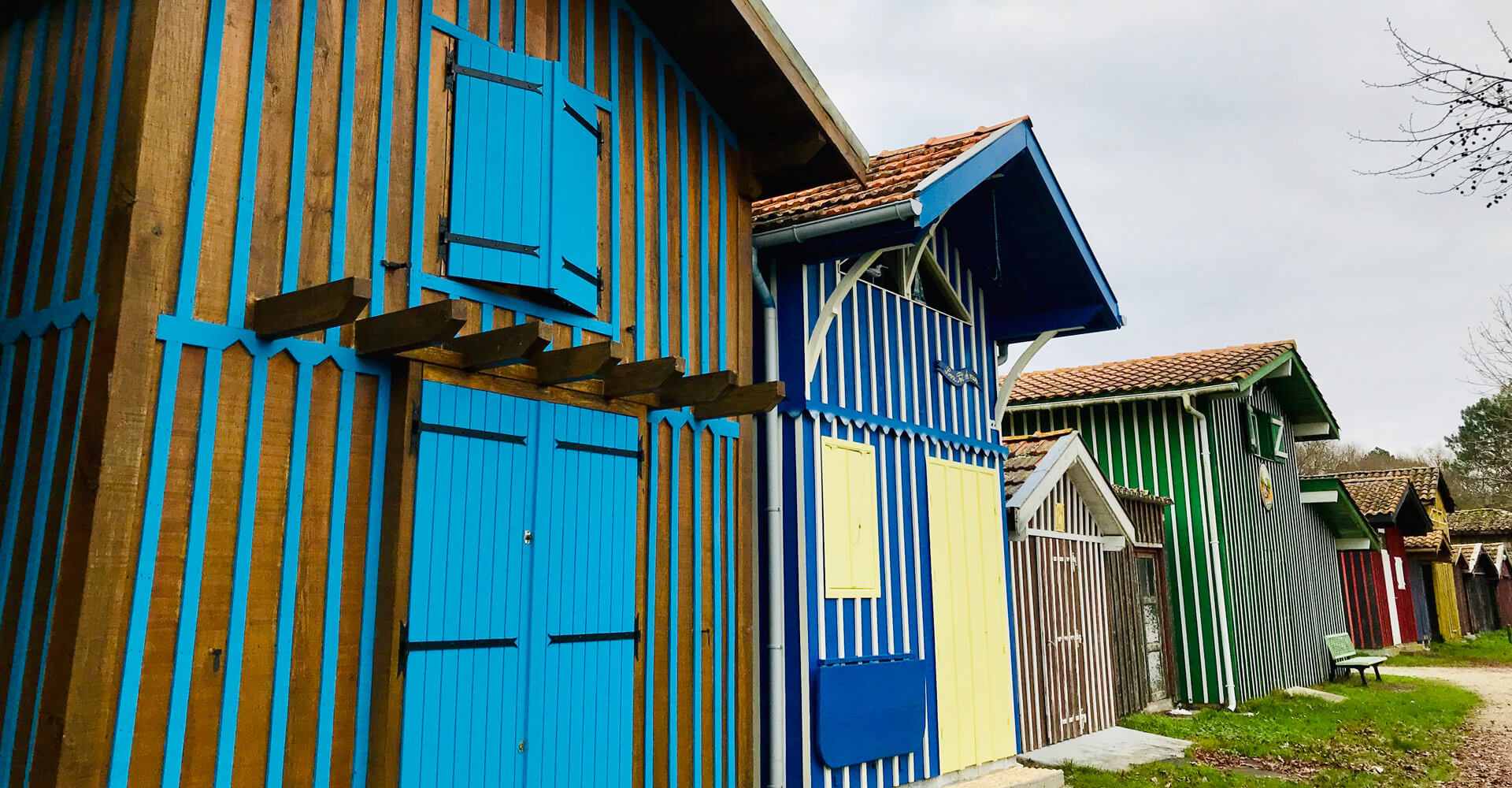 The town of Biganos now has two authentic harbours with its pinasses, small flat-bottomed boats emblematic of the Basin and its oyster huts. 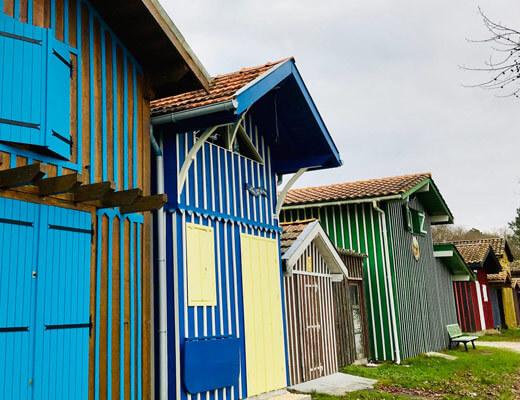 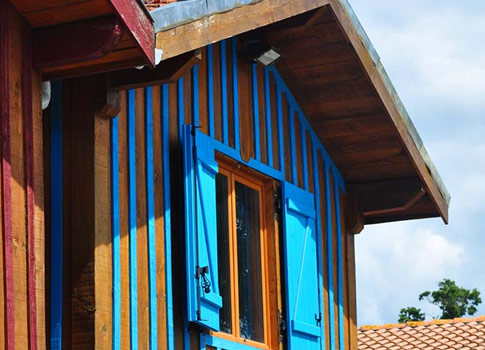 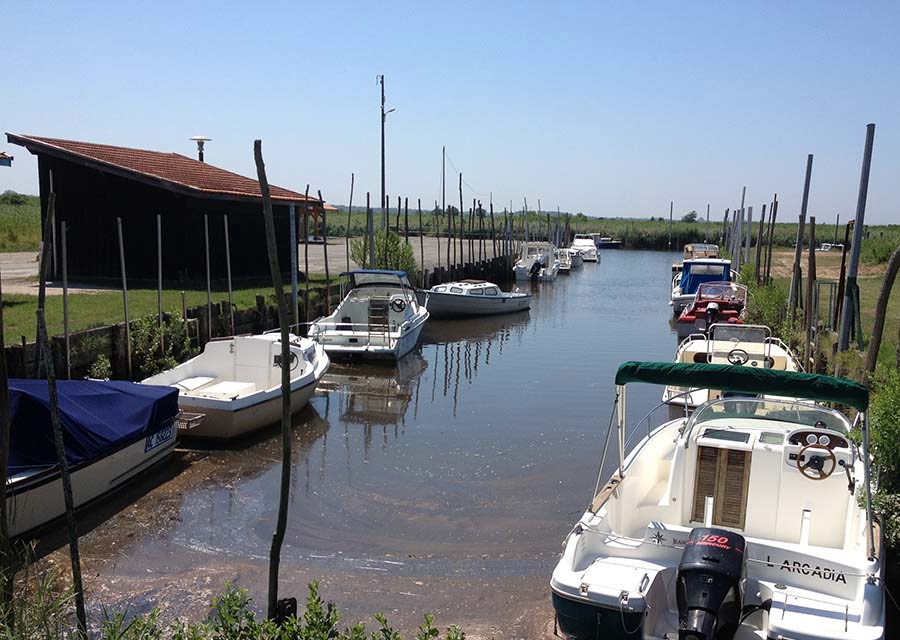 The port of Biganos and the Tuiles

The port of Biganos is classified as a protected area and is the older of the two ports in the town. Its typical colourful huts make it a favourite place for nature lovers and photographers.

To enjoy some oysters with a glass of white wine, a stop at the Cabane aux volets bleus is a must.

You can also enjoy a canoe trip on the Leyre with Courant d'Eyre, or a galupe with Lou batel'eyre, located on the port.

The port of tiles is the second port of the city, a wild port with about thirty huts surrounded by baccaris and reeds. It is under the protection of the Conservatoire du littoral et des rivages. It is from this port that the tiles used to collect the oyster spat were stored and then transported to the other ports of the Basin. The use of these tiles is still in use today and all along the Basin you can see these white tiles which have been whitewashed. 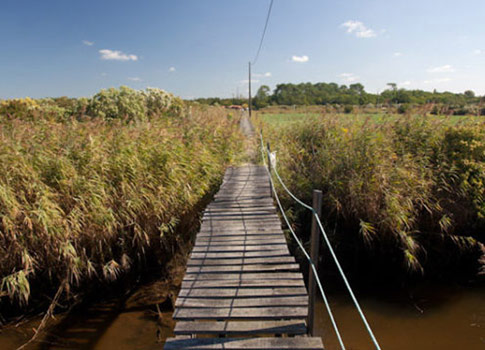 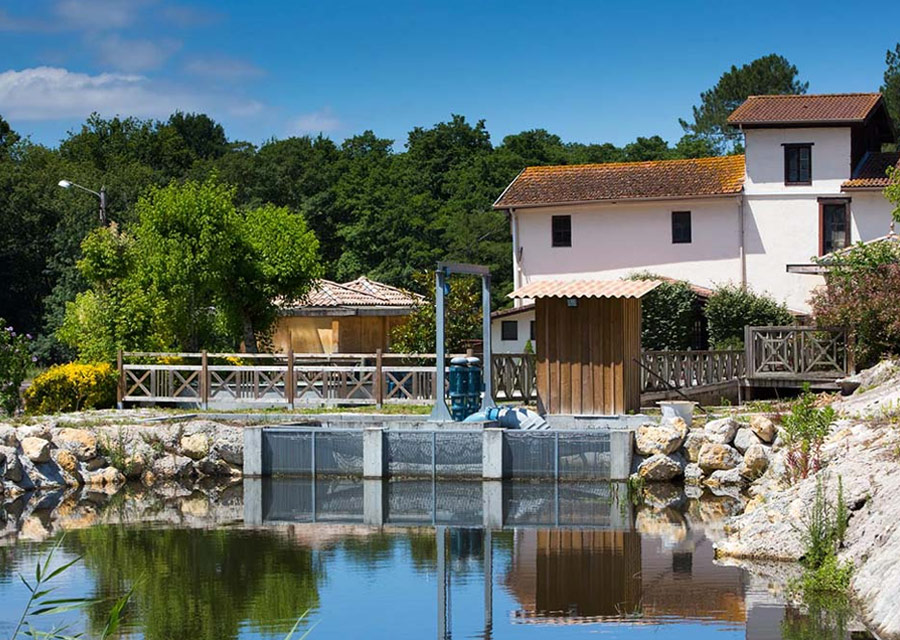 Opposite the tile port, the island of Malprat, literally "bad meadow", has had several successive histories. First exploited for its salt until the abolition of the salt tax exemption, it was used in the 19th century to develop fish farming which ended in 1980.

Since 2001, the Conservatoire du Littoral has owned it. It is responsible for its regular maintenance and, above all, for the preservation of this preserved and authentic site.

The Moulin de la Cassadotte remains the cradle of farmed caviar in France. The first fish farm to raise sturgeon and produce French caviar since 1985, the Caviar de France brand was registered in 1993. During the visit, you will learn about the history of sturgeon farming and the profession of sturgeon breeder in a remarkable natural setting.

The Mill of Pont Neau

At the entrance to the town of Biganos, the Pont Neau mill, which has been carefully restored, recounts the town's paper-making past, traces of which can be found as early as the 16th century. Formerly produced from old rags and fishing equipment (ropes, nets), the height of the industrial era saw the production of paper from pine cellulose. 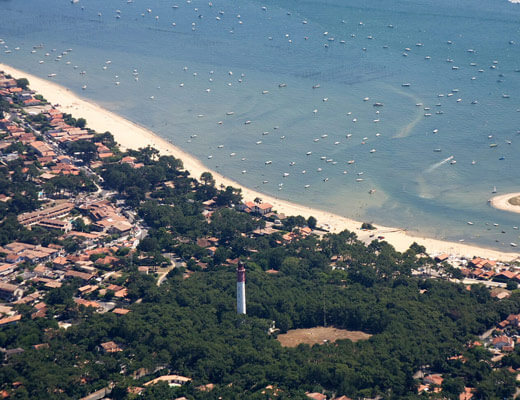